We have launched the latest fixed dose combination

We have launched the latest fixed dose combination 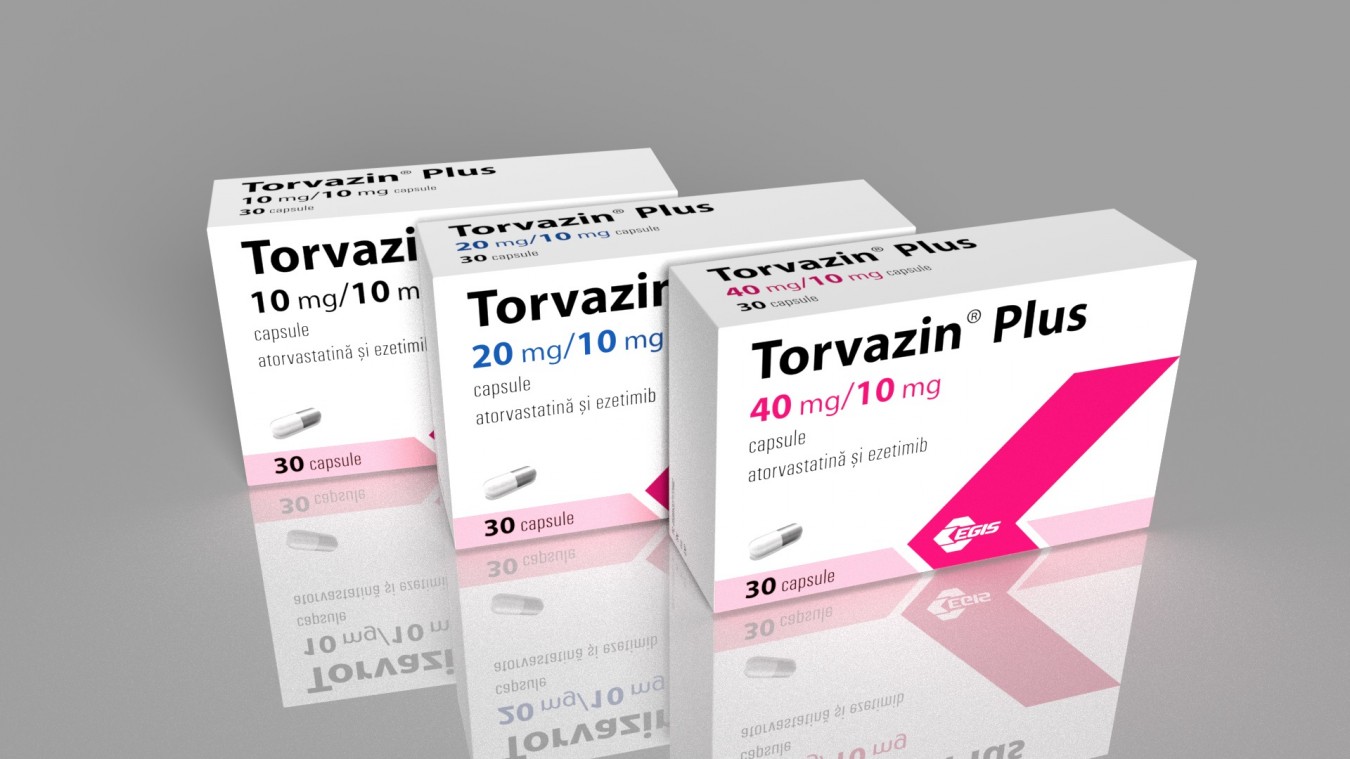 It is an undoubtable merit of the Egis2020 strategy that it has set Egis on a growth trajectory. Fixed dose combinations (FDC’s) introduced during the latest period have significantly contributed to our business success and growth in revenues, generating a turnover of EUR 100 million in financial year 2019/20 at the combined Servier-Egis Group level. Being a vertically integrated company, many of our colleagues have participated in the value-added process, from developing the product to launching it in the market, working in diverse fields from research and development through production, marketing authorisations, commercial activities to managing synergies with Servier.

The latest such product is the atorvastatin-ezetimibe combination, launched in select Egis operation countries in the first phase. Later on, Servier and other licensing partners will launch the product in various other countries of the European Union. István Sebe reveals the details.

What diseases can be treated with the atorvastatin-ezetimibe capsule?

This combination product is a cardiovascular generic for the treatment of hyperlipidemia and hypercholesterolemia. In terms of its physical appearance, a capsule of a given dosage strength includes a 10 mg ezetimibe tablet and atorvastatin containing pellets. The product was developed in 3 dosage strengths, based on the atorvastatin-ezetimibe content, respectively: 10/10mg; 20/10mg; 40/10mg.

Both API’s are familiar to us. What about the development process that led to this new fixed dose combination?

Strictly speaking, the FDC was an ”add-on” at the start of the R&D project, in 2016, because by then the ezetimibe tablet, as an individual project/tablet, was at the end of its development cycle and preparations were already made for its market launch. Furthermore, the ezetimibe tablet platform was first used as a tablet for the Rosuvastatin Zn-Ezetimibe FDC capsule.

The atorvastatin pellet was developed by Servier, primarily for the Euvascor product. However, the finalisation of the pellet technology, production upscaling and process validation was already performed by Egis for Servier.

So, there were already two existing platforms that served as starting points. We started conducting capsuling experiments at the laboratory level, then pilot-scale experiments and we were developing our own analytical methods in the meantime. Following successful industrial scale production, capsuling was validated, and the batches underwent bioequivalence studies. In parallel, we started compiling the documentation and preparations were made to acquire marketing authorisations. The bioequivalence study was successful in Russia, so we are applying for the MA in December 2020 according to the regulations of the Eurasian Economic Union.

This was a truly complex project, as most organisational units of our vertically integrated company contributed to the process. What were the barriers and the success factors?

We were keeping a very tight schedule, which would have been impossible to meet, had it not been for all the participants’ commitment, who fully identified both with the project and the professional challenges that it posed. From the very beginning, everybody saw the common goals, difficulties and causal relations clearly, so it was transparent who needs to do what and why, its significance and how it is connected and provides input for other parts of the project.

Considering finished product development and production technology (pellet production and capsuling in particular), defining the adequate technological parameters and outlining the validation concept must be pointed out. Regarding pellet production, the pelleting equipment used by Egis had a completely different configuration to the equipment initially used by Servier but the upscaling of technology had to be achieved for the former. The professional experience of our Pharmaceutical Technologist (András Fehér) and our production colleagues were obviously crucial to success. Furthermore, atorvastatin is a more sensitive compound than average with a fast decomposition rate, therefore, causing a more complex and critical decomposition profile even under normal conditions in the finished product itself. Tracking and analysing these required a set of complex analytical methods which had to be developed by our Analytical Chemistry Researcher. It was crucial to success that a research and development chemist colleague also contributed to our efforts in developing the API.
Marketing Authorisation strategy: Complex and difficult decisions had to be made to define the final marketing authorisation strategy, in order to ensure that the finished product would be firm both from an intellectual property rights and regulatory perspective as well, and to ensure that the product would be launched before the date specified for data exclusivity (data exclusivity: 10 September 2022; market exclusivity: 10 September 2024). We utilised regulatory legal statements to map dossier contents and legal bases for marketing authorisations in each country, preferred by the respective authorities. Accordingly, we initiated separate DCP procedures with different risk attributions, launched at different stages with respect to each other. Without all these efforts, acquiring the MA’s could have easily proved futile.
Physician colleagues of the Medical Affairs Directorate took into account the above regulatory barriers and elaborated the clinical chapters to meet regulatory requirements. Our preclinical experts made a major contribution by preparing the necessary toxicology studies.
Colleagues of the Development Regulatory Department and the Documentation Department adopted solutions previously not used or only partly used by Egis, and by acquiring the MAs made it possible, among other achievements, that the routine production of the finished product could be programmed with the required flexibility as well as providing the expiration date required from the commercial perspective.
During the project, a whole variety of professional issues had to be dealt with, which even at the individual level, would have been complex, as significant professional challenges needed to be overcome. The sense of success provided by surmounting them one by one, combined with the commitment of our colleagues provided the drive to reach every single milestone of the project and eventually, to successfully complete the entire project.

What countries will the FDC product be distributed in?​​​​​​​

We have launched the product in the autumn of 2020 in Romania and Georgia but we have also acquired the MA for 11 other countries: SK, HU, PL, PT, IT, NL, NO, AT, EL, DE, UZ. The MA process is already under way for the Baltic states, Bulgaria and Spain as well.

The product will be launched in most of the above countries during 2021. As you can see, it is not limited to Egis Operation countries, it will also be available in markets due to the synergies achieved with Servier. Furthermore, we are also planning to include other partners who will launch and distribute the product based on the dossier, although the role of Egis will be ”limited to” manufacturing and releasing the eventual product that will reach the patients under a different brand name. The first licensing partner of Egis is an Italian company, but the Licensing-out Department is engaged in intensive negotiations with several other potential partners.

A Decade-Long Commitment to the Treatment of Cancer

The continuous operation of Egis is vital

Wash Your Hands the Right Way

These cookies ensure the appropriate functioning of the website, facilitate its use and collect information on its use without identifying visitors.

In order to enhance the user experience, we use cookies which record the use of certain functions of the website, thus enabling users to have the same settings at the time of their next visit.

They provide statistical data on the performance of the website (such as number of page loads, average time spent on the website) in order to collect data for the operator of the website on the website usage patterns of users. These cookies do not identify visitors, information collected by them relate to the number of subpages visited by the user, the length of each session, the types of error messages, etc. Cookies for statistical purposes are automatically placed on the user’s devices during browsing, and you can delete such cookies in the browser settings.
Details
I Agree
Egis’s website uses cookies to run our website, improve the user experience and monitor the activities. You can customize the use of the cookies by adapting the settings.
Details
Cookie Settings
I agree

Your browser is out of date. Please, use an updated version! Chrome || Firefox